The prospect of having to clean your carpets can be a hassle if you have no idea what you’re doing. If your carpets are damaged due to a property disaster, that can add on a whole new level of stress.

Because we deal with major disasters, smoke damage, flood damage, water damage, and biohazard clean-ups every day, we are uniquely equipped to provide the best carpet cleaning services in the region. Our advanced carpet cleaning restoration services achieve maximum soil and spot removal without a sticky residue or over-saturating your carpets, leaving behind only clean and fresh carpets.

With our 10-step cleaning process, we can provide you with the most outstanding service experience ever.

Our technicians are highly trained and utilize our industry-leading cleaning technology for all carpet cleaning jobs following a disaster.

We offer a 100% money-back guarantee if you’re not completely satisfied. We’ll also return to address the problem area at no charge.

Whether your carpets, tile floors, upholstery, and other home furnishings are damaged or just in need of deep cleaning, our team understands how important it is for you to get them back to normal. You can count on our team of cleaning professionals to completely transform your sad, dirty floors or furniture back into something you can be proud of.

Give us a call today to see how we can help. If a particular service is not listed, we are happy to provide a free consultation or referral.

3 Steps for A Clean and Beautiful Property

Rely on our expertise to deliver exceptional results. 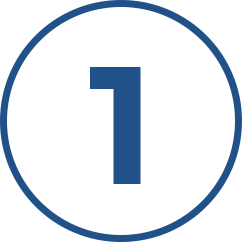 Give us a call to schedule an appointment or to get a free consultation. 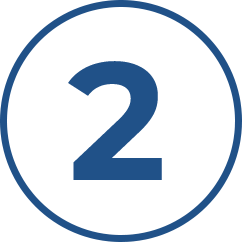 We’ll carefully clean and restore your carpets, furniture, or tile floors back to normal.

Kick back knowing it’s taken care of and that you have enlisted the most qualified team.

I can't share enough positives about this company and their whole company from project managers to accounting and the work crew. They were undeniably the best crew to trust with my project. Everyone who comes in our home is so impressed with their workmanship. Thanks so much to all of them, I greatly appreciate all their hard work and effort in our project.

We had a pipe leak during the ice storm and it was a big fiasco. Daniel, Jessie and William and Josh were incredibly helpful, friendly and professional. I spoke at length with Daniel and Josh multiple times about the situation, options and costs. They were both actively involved with my insurance adjuster trying to help me figure things out. They went above and beyond in so many ways. Also, the work they performed was well done in a timely manner. I especially appreciated the care they gave me through this entire ordeal. I really enjoyed working with and getting to know them. They helped make a difficult situation much more bearable.

I called ODR after a pipe burst and flooded my business during the ice storm. Although I'm sure they were swamped with other calls, they responded very quickly! They were knowledgeable about every possible scenario that could've arisen during the course of our time working together, and I was impressed by the way they were always thinking steps ahead. The owners and their team were very respectful of our property, and very ethical in their approach to business. I would highly recommend this company to anyone in the midst of a disaster! ODR is recognized as the most educated and experienced upholstery cleaning company in Northeast Oklahoma. Upon thorough inspection, our technicians will recommend the appropriate cleaning method for your specific needs, including water damage and water damage restoration. Although most fabrics can be cleaned on-site, some require offsite, specialized cleaning methods.

When dealing with upholstered furniture with water damage, your restoration options become more limited. Fabric that is watermarked or stained is most likely unsalvageable, mostly if the piece sat in water for more than a few hours. In addition to water damage, mud and filth may have also penetrated the fabric. Our cleaning experts can help you decide the best restoration route to take for your dirty or damaged upholstered furniture.

ODR offers tile and grout cleaning with our Whole House Clean approach. Tile and grout cleaning are among the most challenging cleaning tasks, requiring a high degree of persistence and skill to achieve desired results. For instance, specialized cleaners and equipment are needed for most tile and grout cleaning jobs that can’t be found in the average household. In many cases, our team utilizes rotary hot water extraction equipment, which has most of our customers saying their tile floors “look like the day we had it installed.”

Deep cleaning calls for a detailed, top to bottom approach. Whether you’ve recently moved into or out of a home, having a party, or the mess is just too much for you to handle, you’ll need a more thorough and professional cleaning service to get the job done right. Work with one of our top-notch project managers to develop an individualized cleaning procedure based on your cleaning job’s unique set of needs and conditions.

The soda blasting process was developed back in the 1980s and was initially used to clean the Statue of Liberty without causing any harm to the exterior. Due to that project’s success and the other benefits soda blasting offers, it has gained popularity over the years. Soda blasting is an alternative and environmentally-friendly form of cleaning. Even though it’s deemed a surface-friendly cleaning method, soda blasting leaves a thin film of white powder dust on the target surface. It also removes grease and other debris. This process can also be used to refinish wood furniture or remove paint from metal objects. Additionally, the film remaining after soda blasting treatment helps absorb odor and inhibits rust on metal for several months afterward.

Our technicians are trained in reconstruction services for perils such as fire, water, sewer, mold, bio-hazard. Our company has invested in state of the art technology, staff and equipment for reconstructing your home to its original or better state. a

Serving areas in and around Northeast Oklahoma and Tulsa